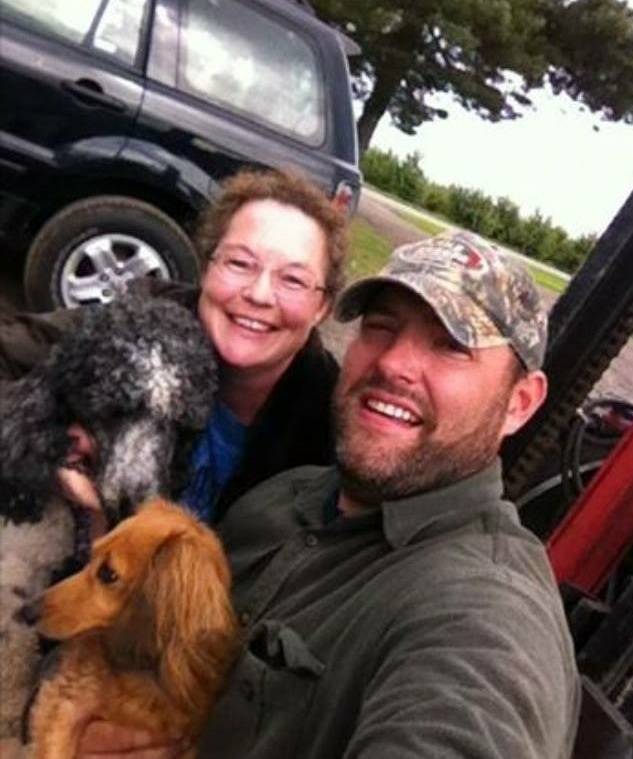 It was in the evening when a car driven by a local man went off the road . He was hurt and shaken . Emergency assistance arrived at the location . The car door was opened and out dashed his pet Doxin into the dark night . Afraid , wandering the county roads and over 400 acres of orchards . The driver was admitted to the city hospital . He was extremely upset that his pup was out running around. As the days passed the puppy was spotted a few times but too fast to be caught . Local non profits set up humane traps, left out food, water and items that smelled like her owner . Hoping the pup would stay close . Facebook posts with pleas for help continued for a week .
It was a beautiful fall day as I looked at my poodle girl “Summer” I wanted quality time with her . We did have our orchards for our walks together ., but that day I decided we would walk the orchards near the accident .
We were about 10 min into our walk. I kept saying “Summer, where’s the baby ?” , she have an alert stance and took off on me — leash trailing behind . One huge pounce and her paw was holding the fast little pup. When Summer looked at me for approval, the pup wiggled free ! The Chase was on! The Chase ended very fast as the puppy ran right towards the working farmer . He scooped her up and the rest is a Happy ending!